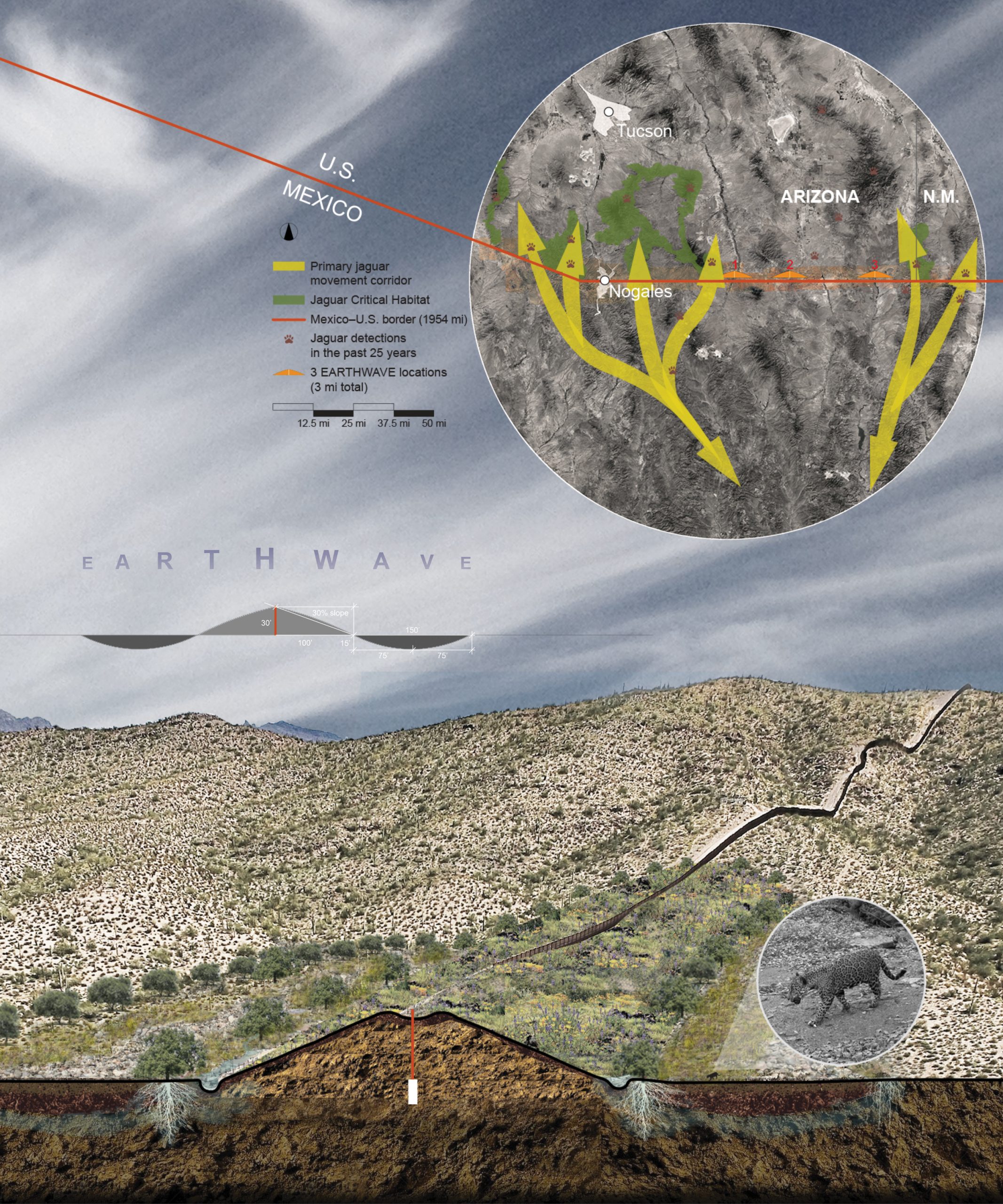 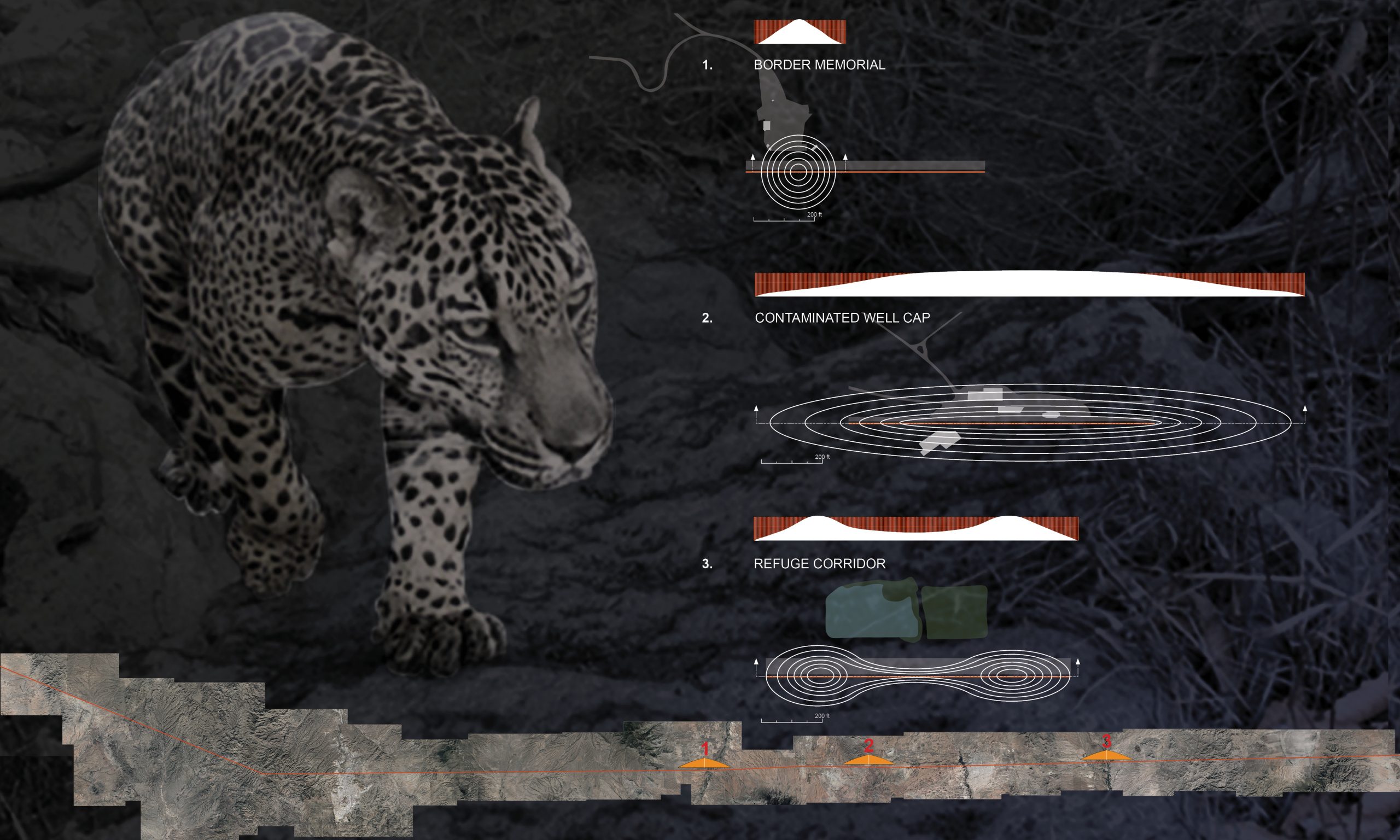 A young jaguar cat, one of the largest predators of the Americas emerges into the star-filled Sonoran desert sky to begin its nightly walk-about. Each night brings the animal further north under the cover of darkness along steep slopes and mountain ridges. Only a few miles north, military contractors work by floodlight to erect a border wall promised by President Trump to be a “beautiful wall” on the remaining 1,300 unfenced miles of the U.S.-Mexico border. Although the wall is meant to deter human migration, it is more effective at disrupting the migration routes of animal species that pass back and forth across the boundary for their survival, including the Northern Jaguar (Pantera onca). The wall further reduces the jaguar’s range, keeping them from re-inhabiting land set aside by the U.S. government as critical habitat. Earthwave seeks to preserve continuous corridors of migration and make protected land accessible to the Northern Jaguar by means of a land bridge.

Harnessing the properties of a wave that can pass freely across seemingly solid objects, the land bridge rises up to the top (or near the top) of the wall while troughing on either side of the wall to form water channels or trincheras. The overall result is a more permeable border with an increase in mesic habitat and greater biodiversity in the region. The land bridge will provide hospitable environments for jaguars while allowing walls to remain in-situ in the form they were intended to take.

Earthwave acknowledges political and ecological violence by re-imagining a world in which human nations resolve problems cooperatively and animal migration through jaguar country is unrestricted.

In such a world Earthwave serves as a monumental refuge for the lost and distressed of any species.

For further reading visit the Northern Jaguar Project, a binational effort to safeguard jaguars from poaching and habitat destruction along the U.S.-Mexico borderlands. The project is centered in the 86-square-mile Northern Jaguar Reserve, a remote, rugged, and exceedingly wild landscape in the Sonoran desert of Mexico where a small breeding population survives.